The Department of Computer Science held our annual student awards ceremony on Monday, 14th October 2019. The ceremony is held in celebration and recognition of the top-performing undergraduate Computer Science students at first, second and third-year levels.

The following students were the top-performers: 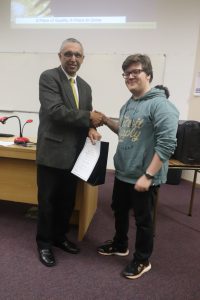 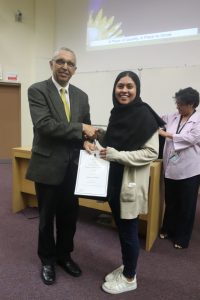 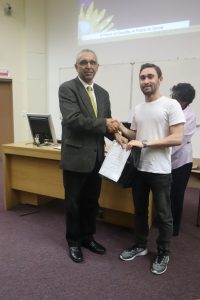 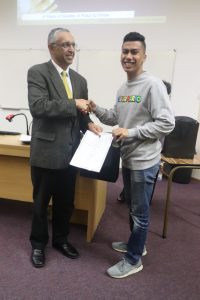 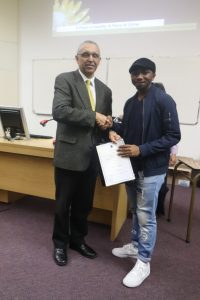 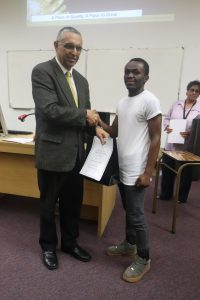 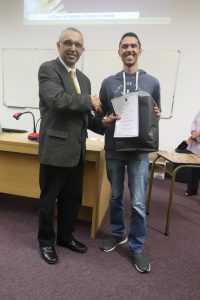 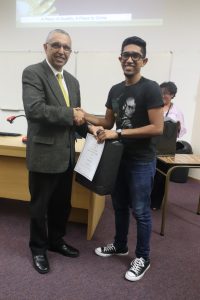 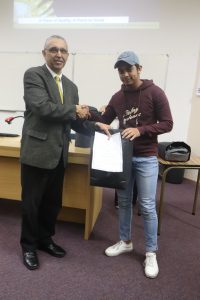 At this year’s award ceremony we invited some post-graduate students to showcase their research projects.

Two teams from the Postgraduate Diploma in E-Skills with a specialization in Immersive Technologies presented a brief demo of their research projects in Augmented and Virtual Reality. 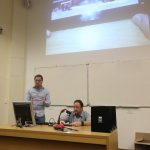 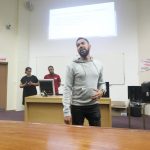 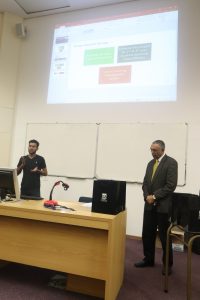 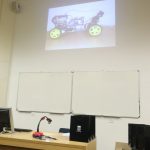 The event was well attended by departmental staff and students.

Congratulations to all top achievers.